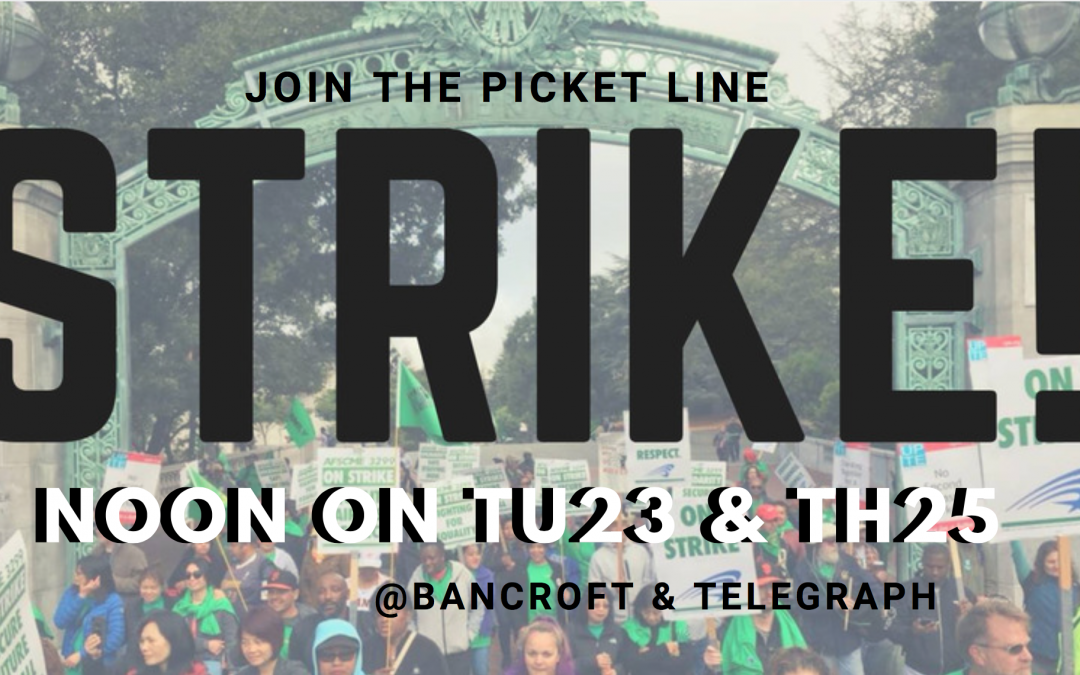 To Whom It May Concern:

On behalf of the Associated Students of the University of California, we are writing to express strong support for AFSCME 3299’s strike and contract asks.

AFSCME 3299 has been in negotiations with the UC for over 20 months, and the UC’s current proposal includes wage increases that don’t keep up with inflation, cuts to healthcare and retirement benefits, and continued exploitation of contracted and student labor. Furthermore, the UC continues to ignore data that shows its role in perpetuating inequality. A recent report based on UC’s own employment data shows that the UC still contributes to gross inequality along the lines of race and gender – with Black and Latino workers making on average 20 and 21% less, respectively than their white counterparts.

The workers who run the University of California, who clean our classrooms, serve our meals, and take care of our health, are demanding better wages and working conditions, better benefits, and an end to management’s harassment. They are asking for living wages, gender equality, and racial justice. And the UC management has refused to bargain in good faith.

The members of AFSCME 3299 overwhelmingly voted to go on strike as a last resort to fight the unjust proposals UC Labor Relations is trying to implement. As students at the University of California, we wholeheartedly support the Union’s action and we will be joining the picket line on October 23rd, 24th, and 25th.

We urge you to support AFSCME 3299’s contract asks. Our workers deserve a fair contract now.